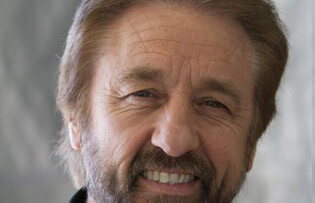 Ray Comfort is the best-selling author of more than 70 books. He is also the co-host of an award-winning television program which is seen in over 120 countries. He has spoken on the subject of atheism at Yale and other prestigious universities, debated on ABC’s Nightline and was a platform speaker for American Atheists, Inc., at their 2001 National Convention. Ray and his wife Sue live in Southern California.… 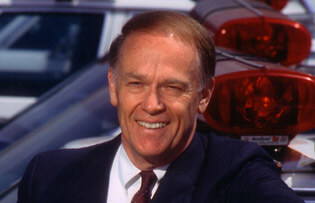 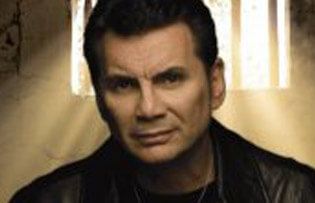 Former mob boss for the Colombo crime family in New York: Former mob boss for the Colombo crime family in New York Michael Franzese grew up as the son of the notorious Underboss of New York’s violent and feared Colombo crime family. At his most affluent, he generated an estimated $5 to $8 million per week from legal and illegal businesses. It was a life filled with power, luxury…and deadly violence. Just a few years ago, he was named one of the biggest money earners the mob had seen since Al Capone, by Vanity Fair. At the age of 35, Fortune Magazine listed him as number 18 on its list of the “Fifty Most Wealthy and Powerful Mafia Bosses”, just 5 behind John Gotti. Michael masterminded brilliant scams on the edge of the legitimate business world. From auto dealerships and union kickbacks, to financial services and the sports and entertainment industries, to a multi-billion dollar gasoline tax scheme, he earned millions in cash every week at his peak. Michael is the only high ranking official of a major crime family to ever walk away, without protective custodies, and survive. He is now a man on a mission. Determined to use the compelling experiences of his former life for the benefit of corporate executives, professional and student athletes, at-risk youth, church audiences, and for anyone seeking the inspiration to beat the odds and make positive changes in their lives, he has become a highly regarded motivator and a source of invaluable information. Michael’s compelling story of fame, power, prestige, love and fear has been featured throughout the country on high profile media. Come hear Michael’s story and how he turned from life on the edge to eternal life. 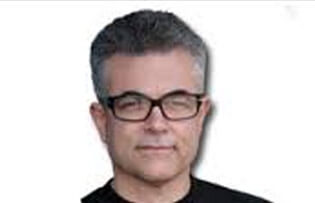 • Not of Tthis World (NOTW) Clothing, CEO
• C28 Stores, CEO
• Dogloo founder and former CEO
• Local resident and Corona community leader
Aurelio F. Barreto III is the founder and CEO of C28 Stores and Not of This World (NOTW) Clothing. As an immigrant from Cuba, Aurelio knew the value of hard work at a very young age. By the time he was 20 years old he founded his first business and grew it to $3 million in revenues. In 1987 he moved on to invent Dogloo, an igloo shaped dog house that was sold in the mass market. After 10 years of running Dogloo Inc., Aurelio sold the business for millions yet had no inner peace or joy. Hearing Aurelio’s amazing journey was truly an inspiration to all. 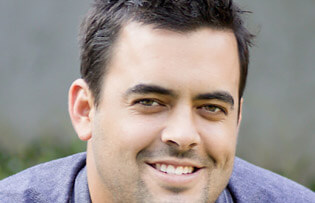 Former Navy Seal: Days before Chad Williams was to report to military duty in Great Lakes, Illinois, he turned on a television and was greeted with the horrifying images of his mentor, US Navy SEAL Scott Helvenston, being brutally murdered in a premeditated ambush on the roads of Fallujah, Iraq. Steeled in his resolve, Chad followed in Scott’s footsteps and completed the US military’s most difficult and grueling training to become a Navy SEAL. One of only 13 from a class of 173 to make it straight through to graduation, Chad served his country on SEAL Teams One and Seven for five years, completing tours of duty in the Philippines, Saudi Arabia, Bahrain, and Iraq. Author of the new book SEAL of God, Chad shares his journey through the grueling Naval Ops training and onto the streets of Iraq, where he witnessed the horrors of war up close.

Four Hundred men had just been lost in the first major battle of a war. Every representative was arguing for the general of their state’s militia to be appointed commander-in-chief, so as a compromise, a Colonel by the name of George Washington has just been tasked with the responsibility to build an army. A Declaration of Causes has just been sent to the government detailing their abuses of power, and reasons why we must defend our freedoms. The Olive Branch Petition, requesting that the King consider a non-military resolution to the conflict, remains un- opened by the crown. It is within this setting that on July 20, 1775 the Second Continental Congress convened the first National Day of Prayer. The National Day of Prayer is a vital part of our heritage. Since the first call to prayer in 1775, when the Continental Congress asked the colonies to pray for wisdom in forming a nation, the call to prayer has continued through our history, including President Lincoln’s proclamation of a day of “humiliation, fasting, and prayer” in 1863. In 1952, a joint resolution by Congress, signed by President Truman, declared an annual, national day of prayer. In 1988, the law was amended and signed by President Reagan, permanently setting the day as the first Thursday of every May. Each year, the president signs a proclamation, encouraging all Americans to pray on this day. Last year, all 50 state governors plus the governors of several U.S. territories signed similar proclamations. A portion from the first congressional proclamation in 1775 states: ”That virtue and true religion may revive and flourish throughout our land; And that all America may soon behold a gracious interposition of Heaven, for the redress of her many grievances, the restoration of her invaded rights, a reconciliation with the parent state, on terms constitutional and honorable to both; and that her civil and religious privileges may be secured to the latest posterity” We are currently “the latest posterity” to which our Founding Fathers refer. It is now our time, and responsibility to continue the important work of praying for our nation, our state, our community and our leaders. There will be over 35,000 separate gatherings and celebrations around the nation of individuals coming together to pray on Thursday, May 3. Here in Corona, you can participate in the Fourth Annual National Day of Prayer Breakfast. The event will be held at Eagle Glen golf course from 7 AM to 8:30 AM. The master of ceremonies will be our Mayor, Eugene Montanez. Participants will include members of our police and fire departments, and tributes for those that have served our nation honorably in uniform. Our keynote speaker is Bob Vernon, a former assistant police chief for LAPD, and a nationally recognized author, and inspirational speaker. Tickets and information are available by visiting www.CCLeaders.org or www.facebook.com/CoronasPrayerBreakfast. Edward J. Zorn, Esq. CCIM Coldwell Banker Commercial 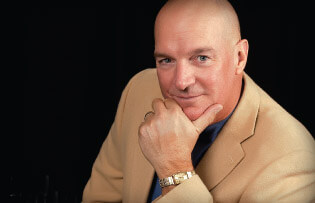 Host of Award Winning Radio Talk Show: Frank Pastore pitched for the Cincinnati Reds and Minnesota Twins betwen 1979 and 1986. After his successful baseball career, he joined the national leadership team of Athletes in Action before going on to earn his B.A. in business as well as multiple masters degrees in theology and political philosophy. He is the host of an award winning radio talk show broadcast throughout America and a renowned speaker known for his ability to entertain and captivate his audience. Frank spoke about his remarkable story of how one pitch transformed his life.